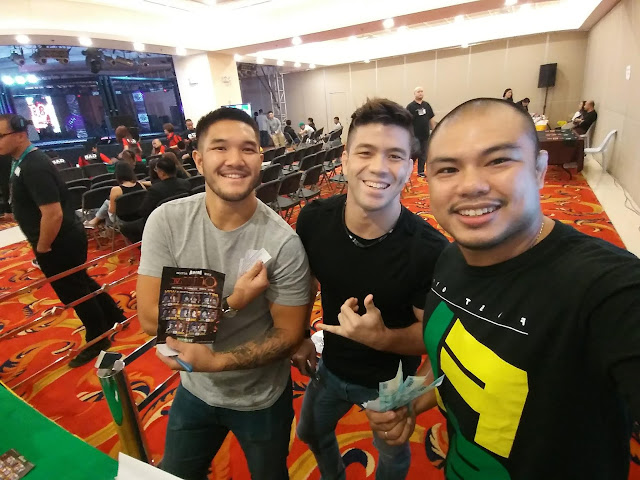 Ray Quintana, Mark Striegl, Jerry Legaspi
Hailing from Sydney, New South Wales, Australia, Filipino-Australian mixed martial artist Ray “Razor” Quintana, 22, is making his debut in the Universal Reality Combat Championship (URCC) in August 2018. He will face veteran fighter Will “The Kill” Chope, 27, of Sacramento, California at “URCC 35” in Manila, Philippines.
“He’s a great fighter and has reached the ultimate goal with his career,” Quintana said of Chope. “He’s fought in the UFC and has fought the current champ Max Holloway. He’s a veteran.”
“But as far as I’m concerned, he is on his way out, I’m on my way in,” Quintana continued. “That in itself is going to play a big factor with this fight and separate the two of us.”
“URCC 35” marks the first time Quintana is fighting in the Philippines. Representing Australian Top Team and Fist Gym, he currently holds a professional MMA record of 4 wins and 1 loss.
None of Quintana’s first five bouts, which all took place in Australia, saw the second round except the only match that he did not win. His previous opponents Luke Pung, Kosta “Madman” Masmanidis, Steven Maxwell, Sam Hibberd and Danny Hopper are all Australian.
When Quintana made his professional MMA debut on August 6, 2016 at “Storm Damage 9,” he submitted Pung via rear-naked choke in the first round. Quintana returned to the cage on October 30, 2016 at “Diamond Fighting Championship 1” where he knocked out Masmanidis in the first round.
On December 3, 2016, Quintana earned yet another first-round knockout victory, defeating Maxwell at “Urban Fight Night 9: Fight of the Nations.” It was on March 31, 2017 when Quintana had his first MMA loss as he was defeated by Hibberd via unanimous decision at “Hex Fight Series 8.”
On November 3, 2017, Quintana redeemed himself by submitting Hopper via rear-naked choke in the first round at “Urban Fight Night 13.” It was Quintana’s most recent bout.
While Quintana is making his URCC debut at “URCC 35,” Chope is competing in the promotion for the 11th time. Representing Juggernaut Fight Club, the American contender currently has 9 wins and 1 loss in the URCC, 34 wins and 14 losses overall.
Chope had his only loss in the URCC in his most recent bout in the promotion, which took place at “URCC 29: Conquest” on January 7, 2017. He was submitted by Fabricio “Guerreiro” de Assis Costa da Silva, 27, of Brazil via armbar.
“URCC 35” will be headlined by reigning URCC Featherweight Champion “Undead” Do Gyeom Lee, 28, of South Korea and Mark “Mugen” Striegl, 29, of the Philippines. Both Striegl and Quintana are training at Fist Gym under the tutelage of Jerry Legaspi.
“He is hungry to fight and represent the Philippines, his own town,” Legaspi said of Quintana. The coach described the Filipino-Australian fighter as a “cool person” and an “awesome and humble fighter.”
The bout between Quintana and Masmanidis in 2016 went viral as it ended at 0:07 of Round 1 although it was incorrectly announced as 0:10 of Round 1. Watch a clip from the bout on Craziest Sports Fights.